What YOU Need to Know About Gun Safety 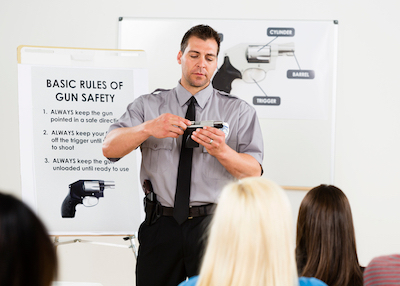 There is no denying that firearm deaths and injuries are a serious public problem. In 2020, there were more than 45,000 firearm-related deaths in the United States, according to the Centers for Disease Control and Prevention. Firearm injuries affect people in all stages of life, with firearm-related injuries among the five leading causes of death for people under age 45 in the U.S.

Since firearm violence has a tremendous impact on the overall safety and well-being of all Americans, physicians with the South Texas Health System® Trauma & Critical Care Institute are reminding the community about the importance of firearm safety.

The ABCs of STOP THE BLEED

Along with sharing important firearm safety tips, the STHS McAllen Trauma Department highlights the importance of STOP THE BLEED training for emergencies.

Through the STOP THE BLEED® course, offered at no cost by South Texas Health System McAllen’s Trauma Department, you can learn the three steps to take if you find yourself in a situation where somebody is bleeding uncontrollably. Of course, the first step is to ensure your own safety. After that, the ABCs of STOP THE BLEED include:

A is for Alert

Call 911 or direct someone nearby to make the call.

B is for Bleeding

C is for Compress

Note: if a tourniquet is not available, or the injury is not to an extremity (for example, if it’s to the neck, shoulder or groin) use gauze or any clean cloth to pack the wound and apply steady direct pressure until paramedics arrive.

STOP THE BLEED was developed by the American College of Surgeons for civilians to step up to the role as a first responder in situations involving life-threatening bleeding. The course typically takes under 90 minutes to complete.

Learn more about STOP THE BLEED training and find out how to schedule a session with South Texas Health System McAllen’s Trauma Department. →