Get Ready to Act Fast In an Emergency 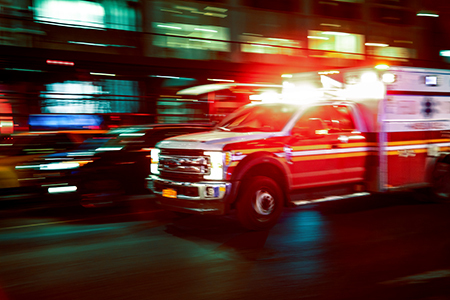 Nearly four out of every 10 trauma-related deaths worldwide are due to uncontrolled bleeding* (also known as exsanguination), making it the most common cause of preventable death due to a traumatic injury. And while certain accidents can’t be prevented, knowing what to do when someone is bleeding uncontrollably just might make the difference between life and death.

Examples of the types of traumas that can lead to uncontrollable bleeding include:

Through the STOP THE BLEED® course, offered at no cost by South Texas Health System McAllen’s Trauma Department, you can learn the three steps to take if you find yourself in a situation where somebody is bleeding uncontrollably. Of course, the first step is to ensure your own safety. After that, the ABCs of STOP THE BLEED include:

A is for Alert

Call 911 or direct someone nearby to make the call.

B is for Bleeding

C is for Compress

Note: if a tourniquet is not available, or the injury is not to an extremity (for example, if it’s to the neck, shoulder or groin) use gauze or any clean cloth to pack the wound and apply steady direct pressure until paramedics arrive.

STOP THE BLEED was developed by the American College of Surgeons for civilians to step up to the role as a first responder in situations involving life-threatening bleeding. The course typically takes under 90 minutes to complete.

Learn more about STOP THE BLEED training and find out how to schedule a session with South Texas Health System McAllen’s Trauma Department.