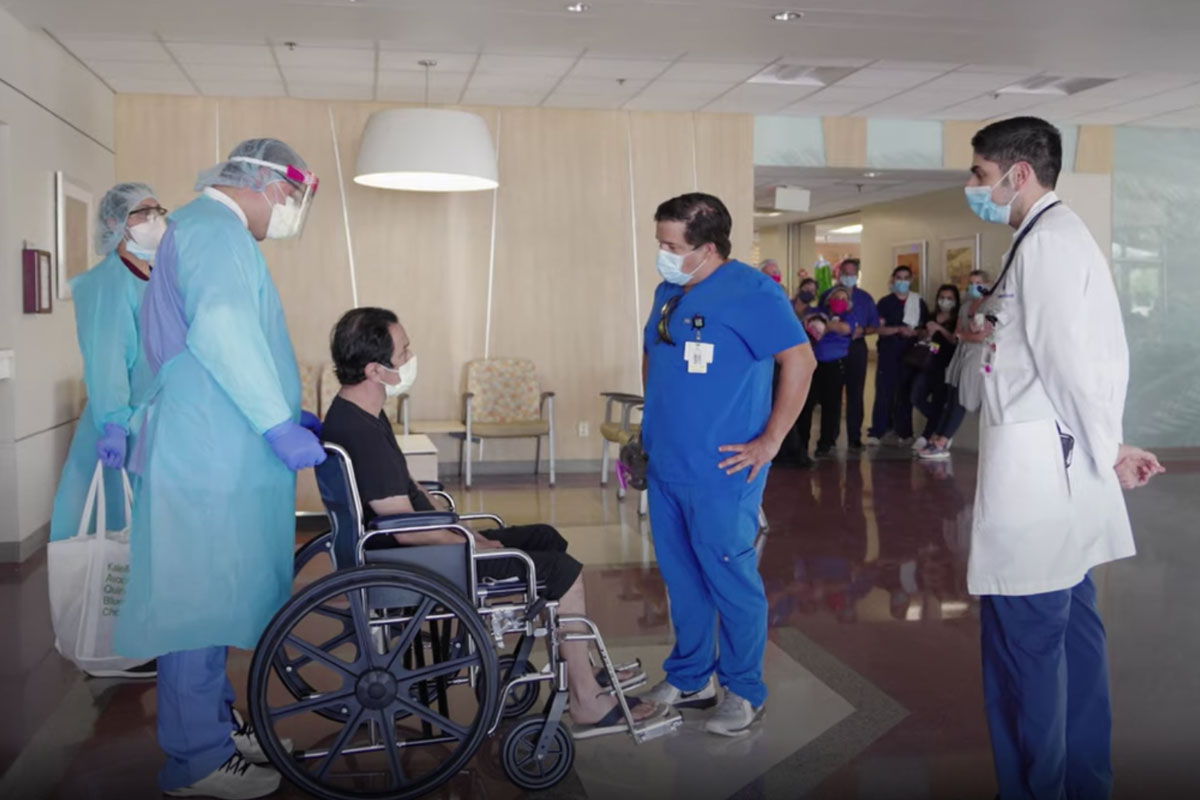 Anesthesiologist Jose Francisco Moreno, MD, lives locally but works at several hospitals in Mexico. He believes he contracted the virus while tending to patients at one of those facilities. His wife was unable to communicate with him for three weeks. When doctors removed the ventilator, he called her.

Pulmonologist Federico Vallejo, MD, said he treated Dr. Moreno and was proud of the hospital staff for support. "He improved to the point where we were able to remove him from the vent and then give him oxygen," he said. "Once he got stronger, the oxygen was removed."

Dr. Moreno and his wife were very grateful for the care received at South Texas Health System McAllen.